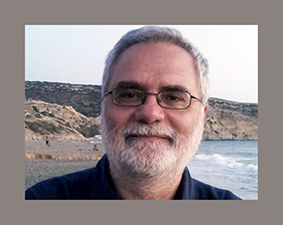 It is with great sadness that Thiasos Journal remembers the sudden and premature death of its founder and co-director Prof. Enzo Lippolis, strucked by an illness on the evening of March 3, 2018 in Milan, where had been Gramellini’s guest on Raitre. He had been invited because the University of Rome-Sapienza, where he headed the Department of Sciences of Antiquity, in just a few years had climbed the world rankings of universities, precisely on the subject of archaeological research. This latest important recognition came after a long career as a militant archaeologist and scholar, a career that was honored in 2005 at the Accademia dei Lincei and had led him to become one of the landmarks of classical archaeology in Italy. His directorship of the National Archaeological Museum in Taranto from 1989 to 1995 and of the National Etruscan Museum in Marzabotto from 1995 to 2000, his directorship, as full professor of Classical Archaeology, of the Department of Sciences of Antiquity at the University of Rome – Sapienza, a position he still held, his many dozens of significant publications, whose content was never taken for granted and always rigorously constructed, and his direction of important archaeological excavations in Italy (Marzabotto, Larino, Saturo) and abroad (Gortina of Crete) are all evidence of this. From 1987 to 1991 he had been a student at the Italian Archaeological School in Athens, and it was during those years that the deep bond of esteem and friendship matured that led us in 2011 to found this Journal, which even in its name, Thiasos, which he strongly desired, was to evoke a community of people linked by the same interests. We therefore join the deep sorrow of his wife, friend Isabella Baldini, and young daughters, Anna Sofia and Elena, in remembering a scholar of rank and a sincere friend who leaves a void that is difficult to fill.