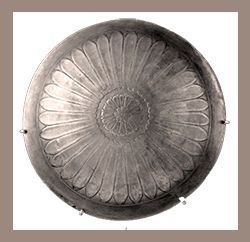 A comprehensive study concerning chremata kept inside Greek Archaic and Classical sanctuaries has not been hitherto carried and, coherently, the available documentation lacks a structured organization and did not result in a systematic analysis of sacred funds’ nature, composition, origin, exact location in temenos buildings, usage and distribution forms. Nevertheless, the proposed archaeological and epigraphic evidence exam, mainly related to VI and V century B.C., tries to investigate the way chremata were collected, recorded, administrated and spent. The paper means to be a first attempt to face a complex theme that has been only partially addressed by scientific literature up to now, by focusing on the polis~sanctuary relation in the management of public estate and by stressing the sacred space primary role in the creation of a collective financial treasury.