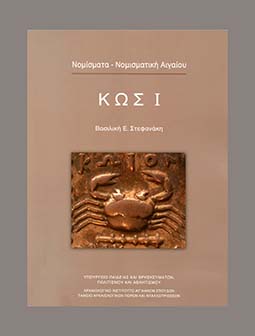 The important volume (531 p.), part of a broader scientific project, organized by the Institute of Archaeological Aegean Studies, aims for the systematic publication of the numismatic material coming from the Aegean islands. The first volume of the series is in fact dedicated to Kos and collects the coan monetary evidence dated to the period between the late sixth and the last decade of the first century BC, as well as a summary of the circulation of money in the island between the classical age and the late Hellenistic period. In addition to the presentation of A. Giannikourì and the text by V.E. Stephanake, complete with catalog and richly illustrated, the book includes an extensive abstract in French, an impressive bibliography and an useful appendix by Elpida Skerlou with the list of sites and excavations where the coins have been found.

Download the cover page and table of contents. pdf