Honours for the Julio-Claudians in Cos. Some brief notes

Download articole ad .pdf: Honours for the Julio-Claudians in Cos. Some brief notes 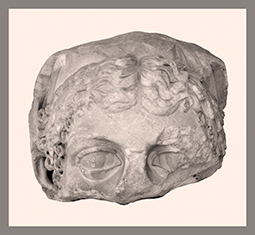 A series of inscriptions in honour of Augustus and the members of the Julio-Claudian house has been brought to light in Cos, starting from the archaeological research on the island in the 19th century. The inscriptions show a discrete continuity over time and concern not only the princeps but also members of his family. The main demes of the island appear to have been involved in this process of interaction between the local élites and the imperial family, and, of course, the most representative polis, Kos, arisen from the metoecism. Honorary and dedicatory epigraphs are attested; the damoi appear to be the main commissioners of the dedications, which are therefore marked by a public and collective nature. Dedications were also made by individual members of the local élite, as in the case of the dedications to Nero made by Gaius Stertinius Xenophon. Frequently the dedication accompanies a statue of the addressee, namely the princeps or a member of the domus Augusta; in some cases the princeps and the members of the imperial house are assimilated to gods, whose divine appellations or epicleses are associated with the human names in the considered epigraphical texts; the documents examined show that, in the context of Cos, the main deities of the island were involved in this practice: Asklepios, Apollo, Aphrodite, Artemis, Leto, Demeter, Rhea and Homonoia. These epigraphs have often been examined by scholarly critics, but a comprehensive and up-to-date reading of them may suggest useful elements for reflection on the modalities and interaction between the central power and the local Greek community in the Roman age.