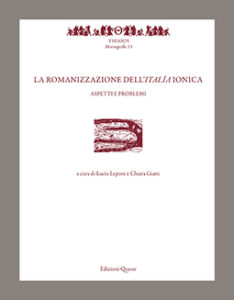 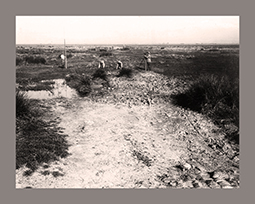 Paper’s aim is to outline the main developments in settlement organization in the Plain of Catania throughout the Hellenistic period: on the basis of the new available archaeological map, it is possible to attempt to fill our knowledge gap on “peripheral landscapes” of Eastern Sicily. A systematic research on the rural landscapes of the Plain of Catania started in 1996 when a series of topographic surveys were carried out according to the Forma Italiae Project’s methodology. Mostly covering the western portion of the plain of Catania, due to their unexploited potential, these topographical surveys are of great interest for any attempt at analysing rural landscapes and routes and road networks in antiquity: within the survey area (425 kmq) 132 archaeological sites were identified, dating from the Neolithic to the Medieval period. Together with the existing amount of legacy data available from eastern Sicily, the survey data were stored in the Ru.N.S (Rural Networks in Sicily) database. The results obtained through the use of the Ru.N.S database provide a vivid image of rural population trends in Hellenistic Sicily, and may help in reconstructing the organization of the rural landscapes throughout the transition from the Greek to the Roman period.

In the frame of a research project that aim to the reconstruction of the historical and archaeological dynamics that affected the section of the via Appia between Gravina in Puglia (BA) and Taranto, in Apulia et Calabria, surface surveys have been conducted along just under a third of the path of the Roman road included between the two modern towns. A fair amount of archaeological resources has been recorded in the area, most of them not previously known and consisted of artefact scatters, representing large time spans and different site types. Based on these data, it has been possible to put forward hypotheses about the relationships between the via Appia and the previous and subsequent road axes, outlining a preliminary framework of the ancient roadway in the considered area, both in terms of overlaps and continuity of use at different times, and in terms of relevance of the paths in their respective historical-economic contexts. Moreover, it has been possible to formulate new identifying proposals on the Blera and Sub Lupatia resting stations, reported by Itinerarium Antonini (121,3-5).