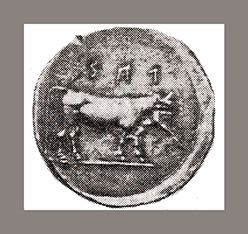 The paper describes the research carried out between 2018 and 2019 on the hill of S. Gada of Laino Borgo, in the centre of the Lao-Mercure River valley. It’s an important settlement (40 ha), developed between Archaic and Hellenistic ages. The excavation’s results presented us the presence of a large residential complex dated on Lucanian age, perhaps developed around a regular urban map, positioned on a pre-existing attendance of Archaic-Enotrian age, all from define. An updated territorial framework is also developed, trying to put in place all the settling presences from the Archaic to the late Roman phase. The territory is strategic for the links between the area of the Diano Valley and Lagonegrese and northern Calabria and the Sibaritide in every period, populated by Enotri (Serdaioi?), Lucanians and, then, in Roman times, also crossed by Roman Itineraria, with the likely presence of Nerulum’s settlement.