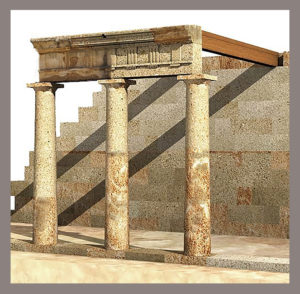 The flood in Florence in 1966 was really a tragedy, because it caused victims and damaged houses, shops and works of art, but at the same time it promoted the growth of restoration with international collaboration. The theory of Cesare Brandi established that the “epifania” of the work of art is indivisible from the matter of which it’s made, as a result the restoration must protect the material integrity of the work without making an artistic or storic falsehood. Whit regard to ancient marbles of Palazzo Medici – Riccardi, it’s very interesting that if their restoration (i.e. the removal of old remakings in plaster or in stucco) was the consequence of the nineteenth-century technical experience or the best solution in relation to the damages done by the flood and likewise the theory of Brandi.

END_OF_DOCUMENT_TOKEN_TO_BE_REPLACED 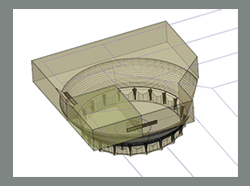 In the Acropolis of Athens restoration project it is very often to come across significant fractures on the architectural marble members. The common practice of the restoration work is to join the marble fragments together with threaded titanium bars, inserted into drilled holes inside the marble and fixed into place with cement mortar. The estimation of the design loads of structures such as the Acropolis monuments is a very difficult task especially when the seismic response is concerned. For this reason elaborate and accurate methods and analytical tools have been used with very good results. At the recent times discrete elements analysis seems to predict accurately enough the response of these structures and provides a time effective method as opposed to the use of finite element analysis. But the use of such methods for calculating the required reinforcement in each fracture is not yet feasible in a large scale, thus simplified methods are still used to facilitate the work on the site. The methodology of calculating the required reinforcement so far consisted of simplified two dimensional analogies of the fractures and the reinforcement as well as the loading conditions. This article presents a concise and simplified methodology for the calculation of the required reinforcement for fragmented architectural members taking into account the effects of the three spatial dimensions (geometry of the fracture, geometry of the reinforcement and geometry of the loading). In this approach the problem of calculating the expected tension of the reinforcement in complicated spatial forms of fracture is dealt with. The important features and requirements meant to be kept by this project was that the final product should maintain the character of an easy to use and accessible tool that would respond in real time to facilitate the work of the civil engineers on the site.