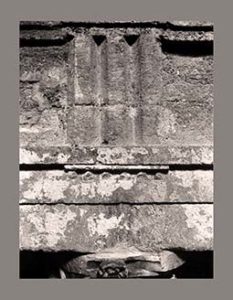 This paper aims to contribute to the compilation of a consistent periodization of the entire monumental complex of the civil forum of Pompeii, through the historical and architectural study of one of the least explored areas of the square located in the western sector, between the sanctuary of Apollo and the granary. The building, whose date is almost unknown, represents an important proof of the architecture built in tuff stone that characterizes one of the most significant phases of the entire forensic area. The architectural and structural analysis of the building in addition to providing important information about the evolution of the entire western sector of the forum, has led to the recognition of a local workshop in Nucera dealing with the manufacturing of the tuff, which was so active in Pompeii as in the neighboring centers. The analysis also offered preliminary but innovative tools allowing a systematic interpretation of the architecture of this period concerning both the city and its territory.

END_OF_DOCUMENT_TOKEN_TO_BE_REPLACED 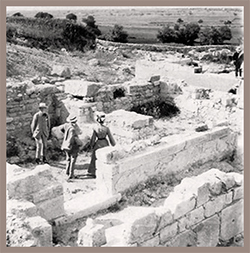